Steely Bird is a fresh sequel to Air Force Missions, perhaps the most exciting 3D indie helicopter combat action game ever released. The new sequel follows in the footsteps of its parent and takes it to the limit.
The centerpiece of Steely Bird is a new terrorist base, well defended and cleverly designed to make any head-on attack pointless. This time around, the terrorists created a new monstrous weapon and a new type of explosives. Naturally, the only way to stop the destruction is to annihilate the opponents while they are on the move.
After this is done, the player has to carefully plan the assault on the core base, which is defended by the towers and is fortified with a new type of metal alloy. You can have fun in 24 new levels. There is a whole lot of desert flying to do because this add-on is Iraq-based.
The battle scene is littered with burning oil barrels and is packed with industrial objects where sneaky terrorist land units can hide to give them unfair advantage. All 3D objects are remarkably well designed and bear a distinct Air Force Missions style touch.
The choice of helicopters in Steely Bird is limited to 3 iron birdies, but all of the machines are pure joy to pilot and attack with. The difficulty level has been increased a couple of notches, so the game should please the most demanding hard-core gamers.System requirementsOS: Windows 98/ME/2000/XP/Vista
RAM: 128Mb
CPU: 400MHz 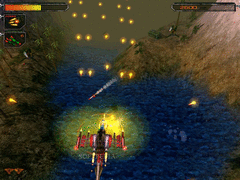 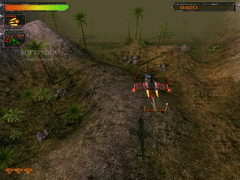 Born To Be Big

Trending on SoftPaz
Who Wants To Be A Millionaire?