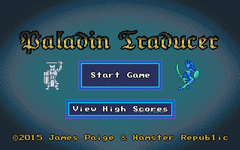 Paladins are classic fantasy characters, since everyone has heard about the eternal defenders of justice and all that is good in the world. On the other hand, they can also take it too far sometimes, given the fact that their code is a bit too unforgiving. Even so, their lore makes for very interesting stories whenever they are a part of them, especially in video games.


Destroy the paladin in order to win the level

Paladin Traducer is a match-three game in which your goal is to kill paladins, which is a pretty unusual idea. On the other hand, the gameplay is simple enough for ethics not to matter, since all you see on the screen are a bunch of pixelated tiles and the occasional sprite. In fact, the game may be as simple as it gets, but the experience is fun enough to be addictive.
To begin with, the mechanics are more or less the same as in every other match-three game, in the sense that you have to move tiles around and get at least three of the same color in a row. However, each tile is actually a soldier, and each type of soldier has certain abilities. Assassins have ranged attacks, warriors deal heavy damage at close range, and the succubus amplifies the damage taken by the paladin.


A stronger foe with every encounter

You cannot die or lose the game in any way, as it would seem, but the end goal is to destroy the paladin as quickly as possible. Every match you make damages him for a certain amount, and you can increase that damage by scoring combos and multipliers. However, the paladinâ€™s health doubles after every won round, so itâ€™s always tougher to beat him than it was the previous stage.
As for the graphics, the retro style should go very well with the general mood, but the visual appearance is pretty much irrelevant in a game such as this one. Hence, youâ€™ll always be looking for the next match and ignoring everything else, which is exactly how it should be in a video game. On the other hand, it might take its toll on your eyes after a while.


An addictive game for match-three fans

In the end, Paladin Traducer is quite the fun little game, as well as a great time waster for when you donâ€™t want to get tangled in a more complex game. Hence, if you enjoy match-3 flicks and you are not annoyed by the retro graphics, Paladin Traducer can keep you busy for a while. 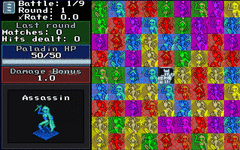 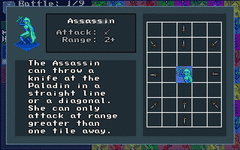 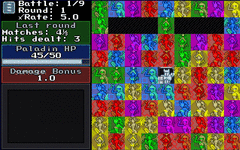 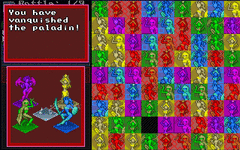 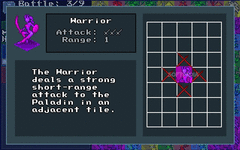 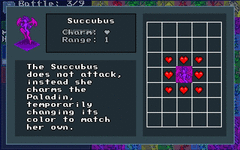 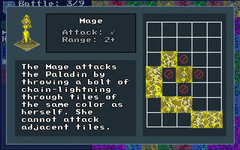 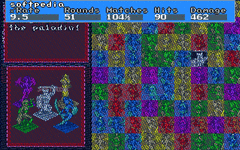 Chucky And King Of The Woods

Detective Blob and the Thing That Happened