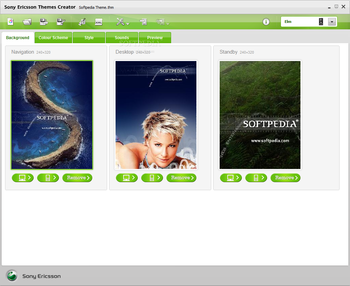 Sony Ericsson mobile phone owners have the possibility to personalize the look of their handsets with a custom-made theme, designed by themselves with little to no effort, and to achieve this they only need to install an application called Sony Ericsson Themes Creator.
This software gives mobile phones a personal touch with new themes created using one's own images, animations, color schemes and sounds. In other words, users can design their own interface for their Sony Ericsson device.
As soon as the app is installed, users need to choose the mode they prefer: the wizard or the advanced one, depending on their skills and their knowledge when it comes to operating computers. The wizard guides users through each step they need to follow towards generating an attractive theme.
The Advanced mode is the one that truly shows off the features of Sony Ericsson Themes Creator, since it enables users to customize not only the background and the text colors, but also the statusbar and softkeys, the highlights, the tabs and the scrollbar. There is also a section that can be used to input the author name and contact details, useful for those who want to share their creations with their friends.
A feature that is not typically encountered in theme creators is the possibility to integrate sounds, thus personalizing the projects even more and ensuring that the outcome is definitely one-of-a-kind.
Sony Ericsson Themes Creator has a lot of features that novices might not know which one to use first. For instance, when picking the color scheme, one has to option to either use a predefined color palette or adjust it to one's preferences, then choose an image stored on your computer as the background.
This handy application covers basically all steps, from choosing the background, the color scheme and the style, to uploading the theme on the phone. One simply needs to specify the phone model then enjoy the newly-created theme on their handset.
The best thing about Sony Ericsson Themes Creator is that itâ€™s completely free, though it does not feature full customization, such as changing icons and fonts. Nevertheless, it remains an appealing solution for those owning a Sony Ericsson phone, even if the new models might not be supported yet. 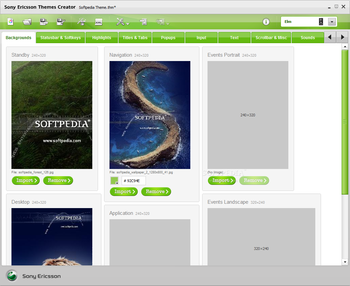 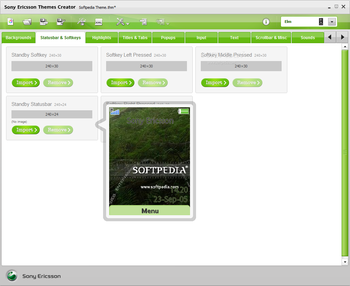 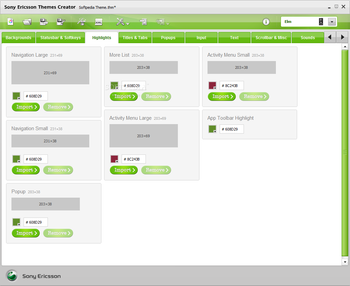 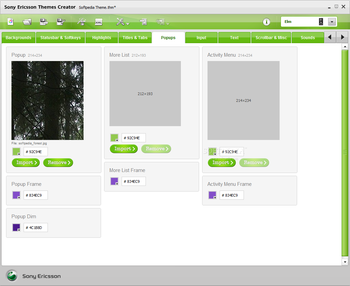 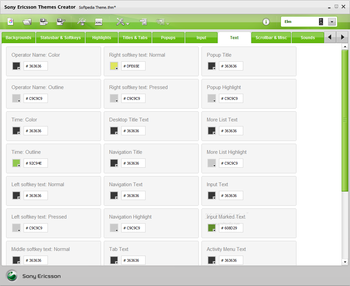 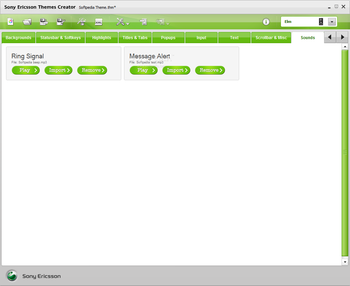 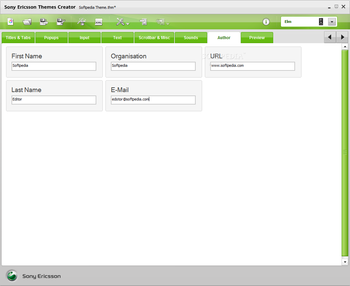 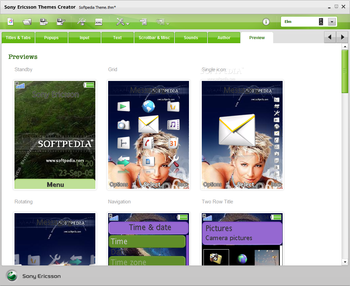 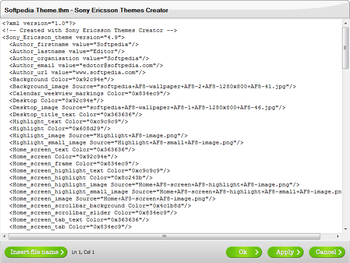