Rating: 2.5 out of 5 based on 20 user ratings
Downloads: 434
License: Free
Gun Princess Zero is a free game by Yal and works on Windows 10, Windows 8.1, Windows 8, Windows 2012.
You can download Gun Princess Zero which is 9.62 MB in size and belongs to the games category Sidescroller, Platformer, Arcade.
Gun Princess Zero was last updated on 2017-04-27 and is currently at version 1.

Retro platformers have a special place in everyone’s heart, at least if you’ve been around to see the originals before the term “retro” made any sense. They are simple in terms of mechanics, yet anything but that once you start playing. Whether you have to perform three exact jumps in the span of a microsecond or dodge a spray of enemy bullets, there’s always a reason to smash a controller.

Gun Princess Zero is a jam game that’s based on the popular Metroidvania set of gameplay mechanics, which means that you should expect a fair challenge and a bit of exploration as well. While it may not be as complex as other games in the genre, mainly because it was put together in a very short period of time, it does have the potential to provide you with a bit of fun.
There’s even a story to drive the gameplay, albeit one that’s full of cliches and nonsense. On the other hand, it’s the perfect way to explain why a girl in a pink skirt is fighting robots. Hence, it all takes place during some kind of cold war between two nondescript nations. One of them hides a few nukes in a mountain, and it is your job to find and disarm them before it’s too late.

Most of the gameplay revolves around getting to the next checkpoint alive and well, while also collecting a few coins along the way. Obviously, there are enemies and traps scattered all over the place, so the journey is certainly not easy. On the other hand, you can use a variety of guns and special items to have an easier time, all of which can be acquired with the coins you collect.
In order to do so, you’ll first have to find the shop, since there’s no way to purchase weapons along the way. You can even buy potions that restore hit points or cure poison effects, and those become a must-have later on. Many types of weapons are available as well, but they cost quite a bit, so you’ll only be able to afford them later on.

In the end, Gun Princess Zero is quite clearly not the type of game that leaves an imprint on your memory, but then again that’s not the goal anyway. Hence, if you want something challenging and fun at the same time, this is a good choice. 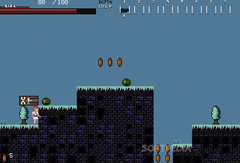 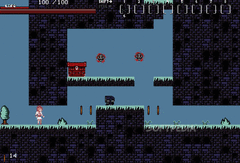 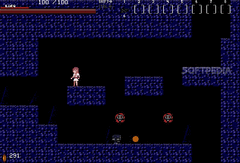 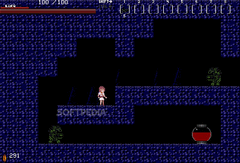 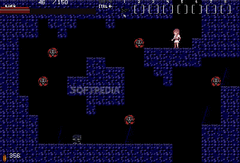 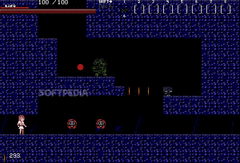 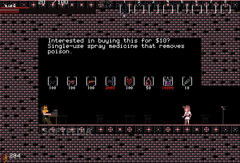 Megaman Day in the Limelight 2