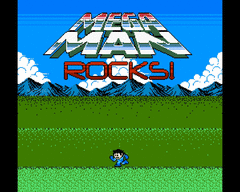 Mega Man is one of the most well known and appreciated platformers to have hit PCs and consoles because quite frankly, Mega Man Rocks! And that’s actually this game’s name which is a recreation of the classic version.

Mega Man Rocks! is a very nice take on the original game. It looks really good and the main man, Mega, is recreated pixel per pixel (almost). This fan-made creation works pretty well and it actually does manage to emulate the same kind of atmosphere that the first one had.
It’s 8-bit graphics and repetitive chiptunes should make it quite appealing to those who miss the good’old days. There are though a few differences between this one and the real thing. For one, the firing rate is different, it has a bit of a delay so that you can focus better on the platforming side of things.
Secondly, Mega Man can now duck. It looks a bit goofy but it’s nice because it allowed the developer to make some parts of the game a bit more interesting. Moreover, you get to dodge a good amount of the firepower that’s coming your way, which in turn means that you die less.


Plenty of levels to choose from

In Mega Man Rocks! you get to accompany the blue hero through nine levels in which you will face none other than Anchor Man, Hit Man, Police Man, Repo Man and of course, Dr Wily. And don't worry, they put on quite the fight, you'll have your work cut out for you.
Keep in mind that this is a recreation of the classic so if you die, you start all over again. Thankfully for you, the enemies spawn in the exact same places so repetition will get you to the final boss.


A very nice reenactment of a classic

To wrap it up, play Mega Man Rocks!. It’s not perfect but it looks really good it sounds almost identical to the original. It might be the trip down memory lane that you’ve been looking for. 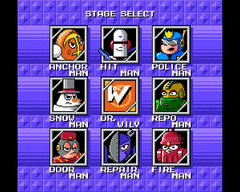 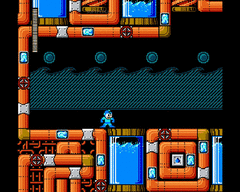 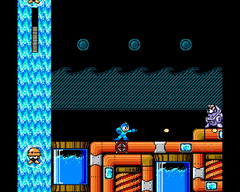 Ben 10 at the Colosseum

Trending on SoftPaz
The Waitress