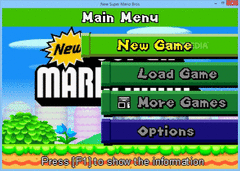 Mario is one of the most popular games and players from all over the world recognize the plumber and the unique gameplay. A lot of fan-made and indie games have appeared after the original release, each with its set of pros and cons. New Super Mario Bros is a remake that provides a fresh new approach to the widespread game.

The game offers most of the originals' looks and gameplay. It is a still designed as a platformer in which you control the Italian plumber. The move sets are standard: you can run, jump, crouch and shoot at your enemies. The story is the same, you have to save the Princess from Bowser, and you must do so by getting past enemies and completing levels.
An excellent addition offered by this remake is the ability to keep multiple mushrooms at hand. In the original game, the mushroom could make Mario grow. Other acquired mushrooms gave you lives, but now you can store the mushrooms and use them later by hitting the Space button. If you are too slow, you can still lose the power-up.


Keep an eye for the elusive giant mushroom

New Super Mario Bros surprises players with a new power-up: a giant mushroom. At first, you will not pay too much attention to it. That is until the mushroom grows beyond your expectations and makes Mario a giant. It is a new invincible mode that will allow you to move through the game at a faster pace. The interesting part is that you can destroy the environment as well.
This game does not provide the original maps. This fact only adds value to it: you can explore the Mushroom Kingdom one again. The graphics are not very good, but the colors are warm, and you get a positive vibe from the game.


A good initiative with room for improvement

New Super Mario Bros is an excellent reminder of how entertaining platformers can be and a relatively good remake of the original Mario game. However, this game is still in its infancy and players can enjoy it for a limited period. 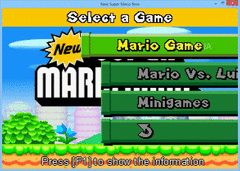 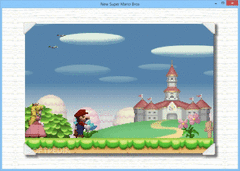 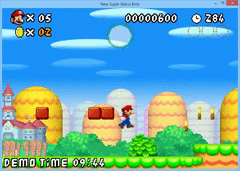 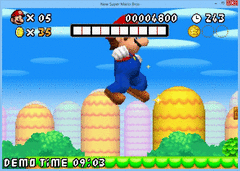 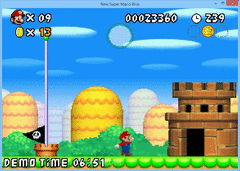 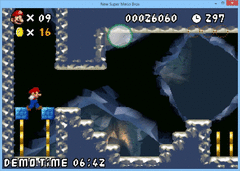