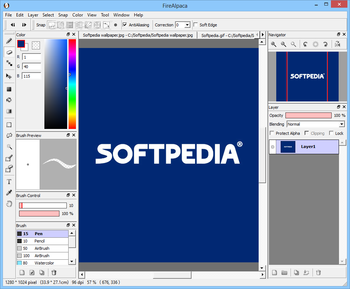 When you edit images or draw them from scratch, it is necessary to have all your tools at hand, with the minimal distraction from these, in order to focus on the canvas.
FireAlpaca offers you the option to choose which menus and toolbars you wish to keep visible and which to hide. It even has a fast keybind for hiding everything but your project.
Whenever you move your mouse over an option or feature, a tooltip is displayed in the left corner of the program, which makes the application very user-friendly.

FireAlpaca comes with a pack of preset brushes with various effects. And even if these can be customized, you have the option to add your own brushes or pencils to better fit your work style.
The program supports graphic tablet usage, allowing you to take advantage of the pen pressure sensitivity in order to control the size and opacity of your strokes.

The large variety of tools that comes with FireAlpaca works well with the ability to separate your projects into layers. This way, you can quickly test out ideas without having to change the main image.
Layers can be duplicated, so you can easily revert any made changes. The order of the layers sets their visibility priority, making the first layer to be visible on top of the others. Any layer can be also hidden easily.

Another useful feature is the integration of multiple tabs, so you can work simultaneously on more than one project, without having to run other instances of the program.
Having multiple tabs allows you to copy elements from one draft and add them to another project with ease.

FireAlpaca is a simple and intuitive application with complex features that allow even inexperienced users to easily edit images or create artwork. The utility is light on resource requirements despite the multitude of options. 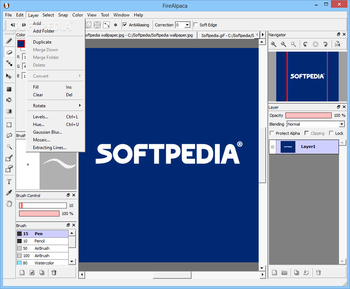 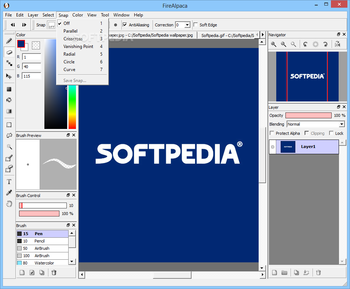 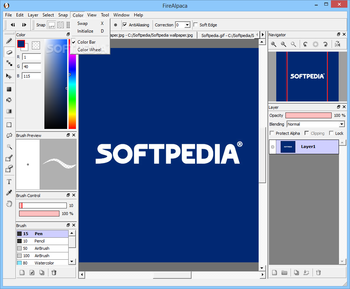 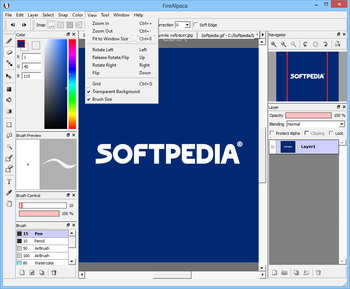 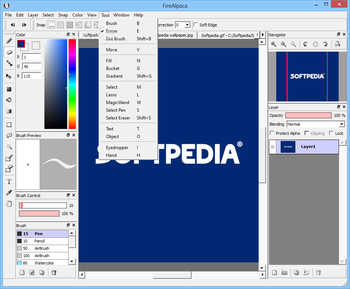 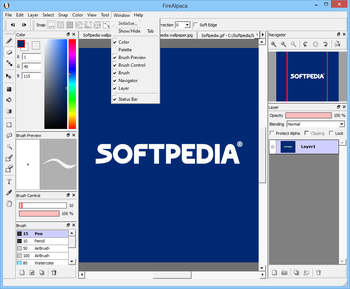