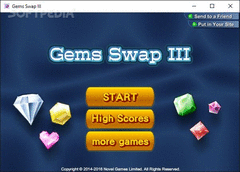 Gems Swap III is a classic match three game that doesnâ€™t end, and it just gets more and more difficult as you progress through the levels.
Gems Swap III is a new variation of an old game and itâ€™s nothing out of the ordinary. The name might suggest that itâ€™s part of a series, and thatâ€™s partly true, but you can pick up and play this particular iteration without having to try the previous two. These games only get marginally better than the previous ones, so youâ€™re not really missing out on anything.
The good news is that Gems Swap III is mostly likely the best of the series since itâ€™s also the newest one. A bunch of new features have been added; that should have the game a little bit easier. Since the idea and the concept of the game remain the same, you shouldnâ€™t expect to play anything else than an endless mode.

Matching up colors is something that anyone can do, so mastering Gems Swap III wonâ€™t be all that difficult. The trick is to move as fast as possible and to make sure that you end the level way before the timer runs out.
The first few levels wonâ€™t pose a challenge, especially since you never run out of moves. The difficulty is raised by asking the player to make more and more points each level while the time remains the same.
Users also need to make combinations all over the level, so there is an added stress from this direction. The fact that you get bonuses for matching more than four pieces at ones is also a good thing since it usually destroys a piece another side of the board.
Itâ€™s a straightforward game that doesnâ€™t require a lot of attention, but if you want to get you name on the high score list, then you need to devote Gems Swap III all of your attention.
As a side note, Gems Swap III also installs Adobe Air, but itâ€™s an official package, and itâ€™s not all that big. Itâ€™s built on this technology, so itâ€™s a necessary requirement. 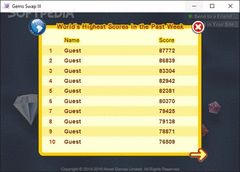 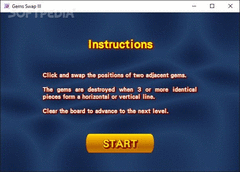 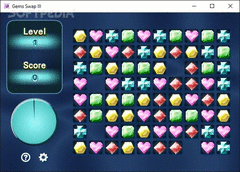 The Collector Of Berries

Trending on SoftPaz
Road of the Dead