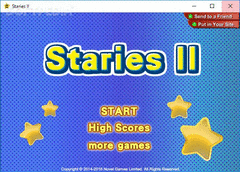 Staries II is the second one the series but donâ€™t let the name fool you. Itâ€™s a match three game with a small twist that makes it much harder.
Match 3 games are among the most popular office games right now. The fact that you can just pick one up and play it means that most games that follow this recipe will be a hit around the office. Of course, the only condition it to have the gameplay simple enough to get the players to return, which is a condition not met by Staries II.
Match 3 games are not supposed to be all that difficult, so unless your name is Bejeweled, youâ€™re not going to get people to play it. Staries II is a rather difficult game that punishes players who donâ€™t take it seriously. They will lose the game very fast, if they donâ€™t pay close attention to whatâ€™s happening and if they donâ€™t give the game their full attention.


Staries II is a sequel, but who cares?

The developers of Staries II have gone through the trouble of saying that Staries II is a sequel, but that doesnâ€™t really matter, especially when weâ€™re playing such games. Itâ€™s a match three sand thatâ€™s all you need to know.
Staries II is doing things a little bit differently. The rule remains the same; players will need to connect at least three identical stars in order to destroy them, but you have to move the entire row and not individual pieces.
To make thins even more complicated, players need to gather a certain number of stars in each level, and there is also a time limit. Some start carries a time penalty, so users need to avoid matching those. Also, matching, at least, four stars will give a time bonus.
These are pretty much all of the rules, but the truth is that Staries II is really difficult. It might have something to do with the fact that the colors of the stars are not too well defined, but sometimes itâ€™s very hard to see what rows need to be moved.
itâ€™s also worth pointing out that the game will also install Adobe Air. 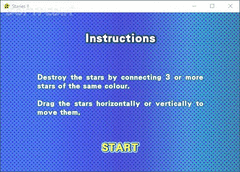 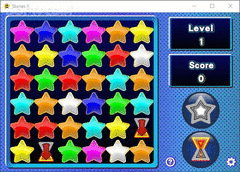 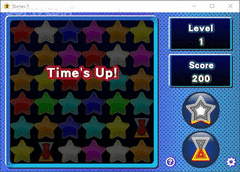 The Collector Of Berries